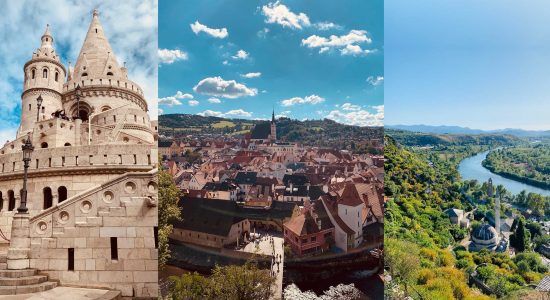 Lonnie recently went to Europe for her honeymoon where she travelled all over the place. She started her holiday England where she visited a lot of the countryside. She then continued onto Italy – one of her favourite locations. “I always forget how much I love Italy. The culture is just so inviting, you instantly find yourself at a family run restaurant, talking to the locals and eating so of the best handmade cuisine but sipping on local Italian wine. I went to a lot of towns I had not been before and it made such a difference.”

After Italy Lonnie was lucky enough to cruise with Viking river Cruises down the lower Danube. This was her first time cruising the water ways in Europe and her photos to not give it justice.

“I do not have enough space to write about Viking River Cruises. We sailed on the Viking Ingvi starting from Passau and ending in Budapest. I was not sure what to expect when I stepped onboard, but I was blown away but the look of the ship. It was modern, open and it did not make me feel like I was on a ship at all – it made me feel like I was staying in a hotel. Throughout the whole cruise the staff looked after us as if we were kings and queens and they soon became great friends whilst on the cruise. The destinations we cruised to were like fairy tales, but one of the best things was at each port we stopped at, the meals were matched with their traditional cuisine. I ate a lot of different meals which I would never do back home. The biggest thing I took out of my river cruise is I was so thankful I was able to do this because of the cities we went to – I would never have travelled to them if I hadn’t done a river cruise.”

For more information about Viking River and Ocean Cruising – please call the office today as we would love to help and offer you exclusive Andrew Jones Travel deals.